So Hi...
It was pancake day on tuesday and valentines thursday this week!
sadly I am currently single so did not have a valentines but It's okay because valentines day it not a big thing to me! it's a nice gesture but not something major in my books!
For Pancake day I myself did not make any pancakes! I was supposed to with my best mate but he had not been sleeping so was knocked out till 6 that night!
So sisters however did offer to make pancakes for me at 10pm but they did not go so well as they could not work out how to use the ready made pancake mix, the pancake came out reminding me of a doilie that little old ladys have 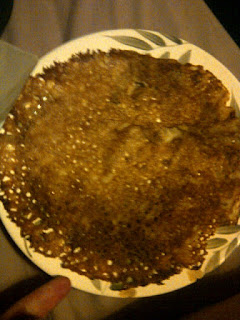 They did taste good however! Despite this :L
I also had strawberries dipped in nutella which I then cooled in the fridge which are quite possibly the most amazing things ever.
so that was my uneventful pancake day! I hope yous were more successful!

THEN Valentines day! as I said I did not have a valentines so me and ross decided to make pancakes on valentines instead since we hadn't before, however Ross had drunk the last of the milk so after all that no pancakes were made!
this was my attempt of looking nice for valentines! 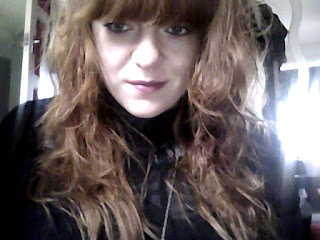 I spent the day with Ross and we had snacks drinks and gamed together as single moody best friends and it was a nice day! I also got something which I guessed could be consider valentines present from ross! 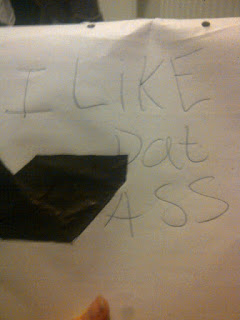