The Make-up Left Behind 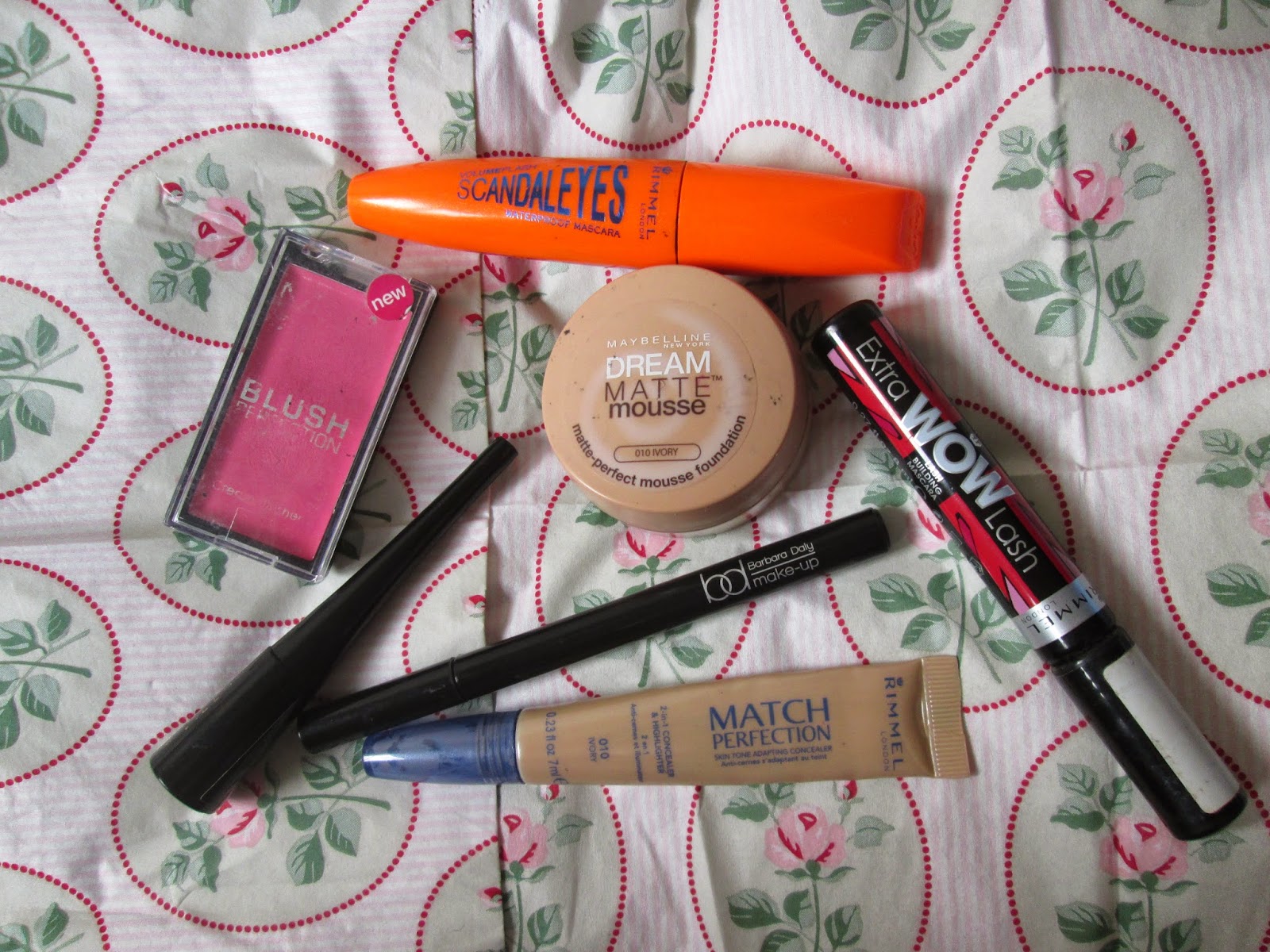 Although I don't have a huge collection of make-up it has built up a little bit, and I've realized that in this slow collecting process a few make-up bits have been abandoned and become the make-up that time forgot. A lot of these I put in a little bag which I left at my best friends in an aim to use it when I stayed at his but it's still quite neglected, so I thought I'd so you the bits forgotten. 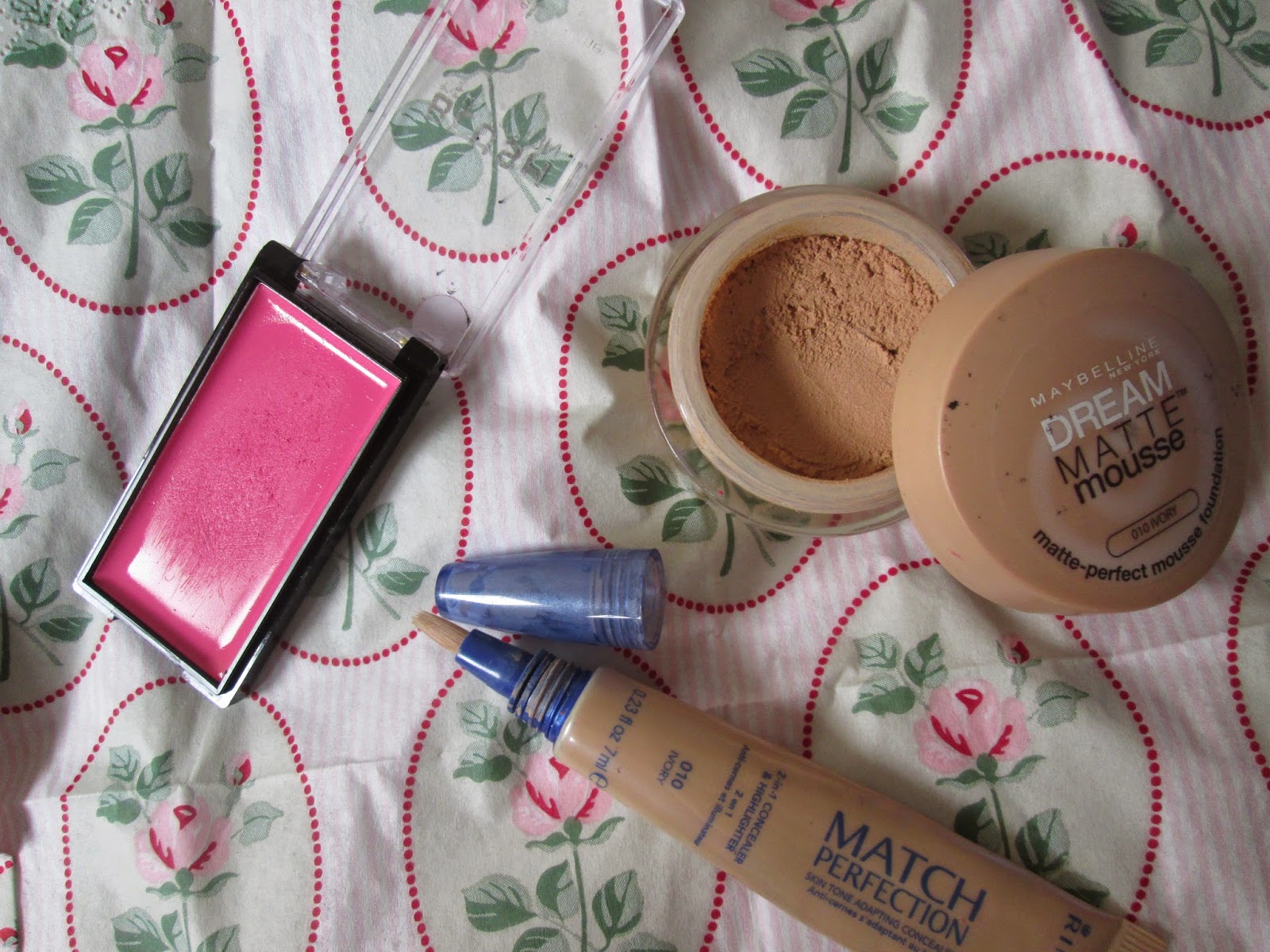 Maybelline Dream Matte Mousse Foundation
I feel quite bad when I actually opened this as It's nearly a whole tub and I had gone through a tub of the stuff in my early teens(think 14) I honestly don't remember what this was like, i did apply it with a rather awful brush so I can't imagine it looked that great, But once I discovered liquid foundation this quick got put into the back of the pile and there it has stayed Maybe I should give it another try one day and let you guys know my thoughts?

MUA Creme Blusher in Lush
I bought this for the price, I wanted to experiment a little more with blusher, but I found this annoying to work this, maybe because of the flat pan size, but I didn't give it much on a chance, Powder blushers have much more become my thang, my oily skin meant I just because deal with the feeling of creme blush, but maybe it's another one to revisit.

Rimmel Match perfection Coconcealer
This was an emergency purchase my dad was kind enough to buy me in tesco as I had run out completely of concealer and hadn't yet been paid. Honestly it wasn't all that great, I used it because I had to but the brush was annoying and seemed an unclean applicator, it was just very very average, and I stopped using it as soon as I bought a replacement. 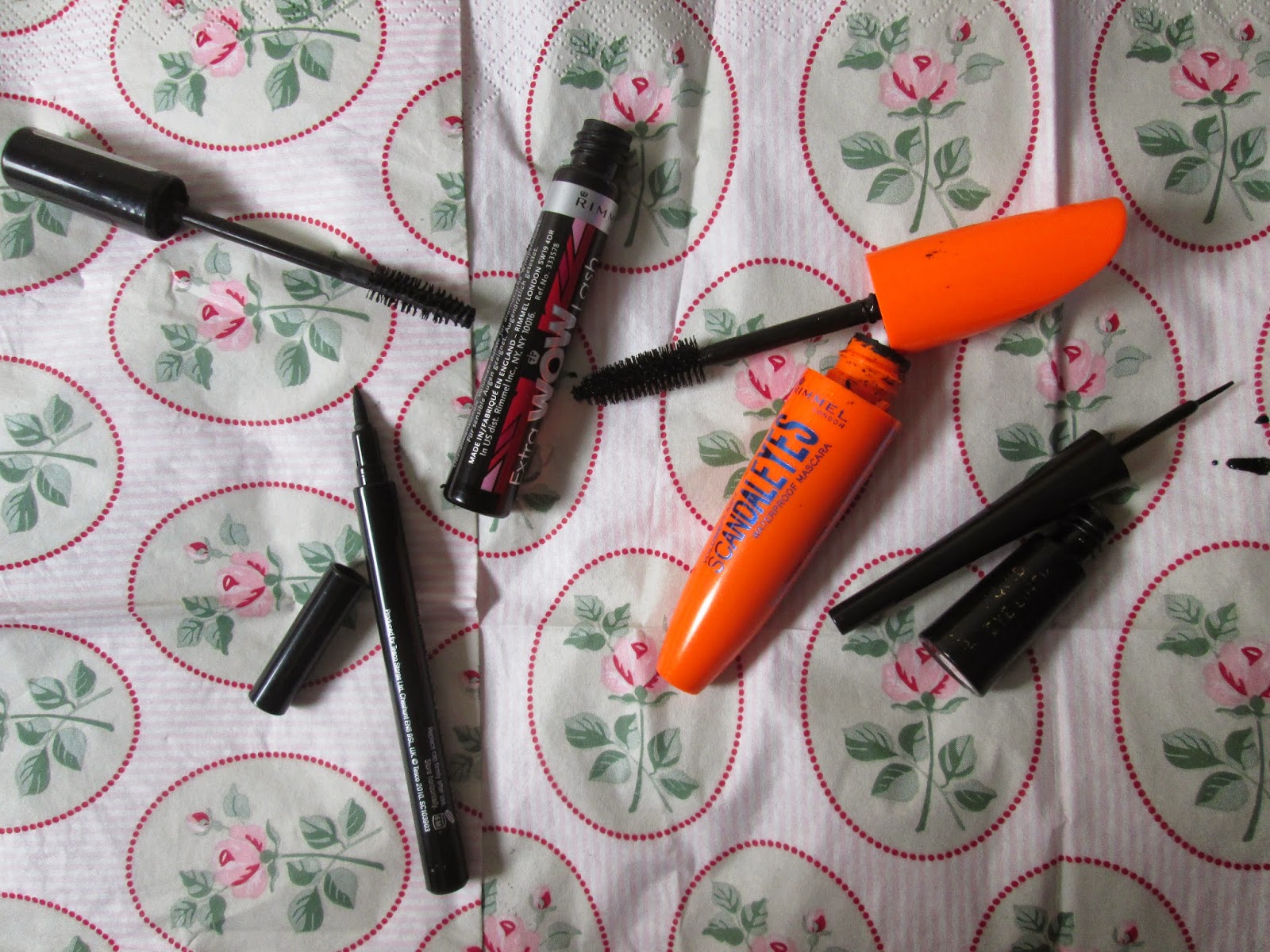 Rimmel Scandaleyes Mascara
I got this product of my mum who bought it thinking it was waterproof but then found out it really wasn't. There isn't too much wrong with this mascara, It's just I have ones I much prefer, The brush is rater large making it a lot harder to work with and I find in turn can easily make your lashes look pretty clumpy. Just not my cuppa tea really, so abandoned it was.

Primark Liquid liner
I've written about this before here. so won't go on about this too much but again it just wasn't that great though I didn't expect much, it's flakes where my other liquid eyeliners don't, simple.

Barbra Daily Brown eye liner.
This is another product that has nothing wrong with it, I was given it by my dad and have used it a few times but there just isn't many times where I feel the need for brown eyeliner rather than black and so this doesn't really get used that often, but as a product it's good, it does the job well and I'll probably still have the rare occasion where I'll use it.

Rimmel Extra wow Lash.
Once again this product was abandoned for no real reason, It's a decent enough process I suppose, I have no real hate or dislike for the product, it's just not really outstanding and doesn't make my lashes look that great, not as well as miss manga does or S&G Super thick mascara so it just didn't get used and got put in the abandoned bag.

And that's all of them, the poor products, most of which did no wrong, that not put away and forgotten about until now, but maybe I'll give them all a second chance and see if I can get along with them a little better...