I was invited to participate in a Student box swap by Lauren over at Littlelaurensblog
I said yes and so waited until Lauren and Emma (Aletterfromem) who both organised it, to pair me up. And I was paired up with Molly over at Whatmollyloves!
The idea of the box swap was to send our pairs a box full of things we thought they would like and would be helpful for Uni, there was a spending limit of £10-15 to make things fair for all.

I had so much fun with this, it was cool to think about ideas of what to put in the box for Molly, she is starting uni the same as me which I felt make it easier than if she was a second year or anything else as it was easier to relate. Now in my eargerness I forgot to photograph what I had put into my box but I put in energy drink and coffee, for those long nights and early mornings during freshers, A T-shirt with the phrase 'Last clean T-shirt' Very uni appropriate I'd say. As well as some little yankee candles and A nail polish set, I had bought a diary before seeing molly already had that front sorted! Anyone need a cute diary with foxes on? 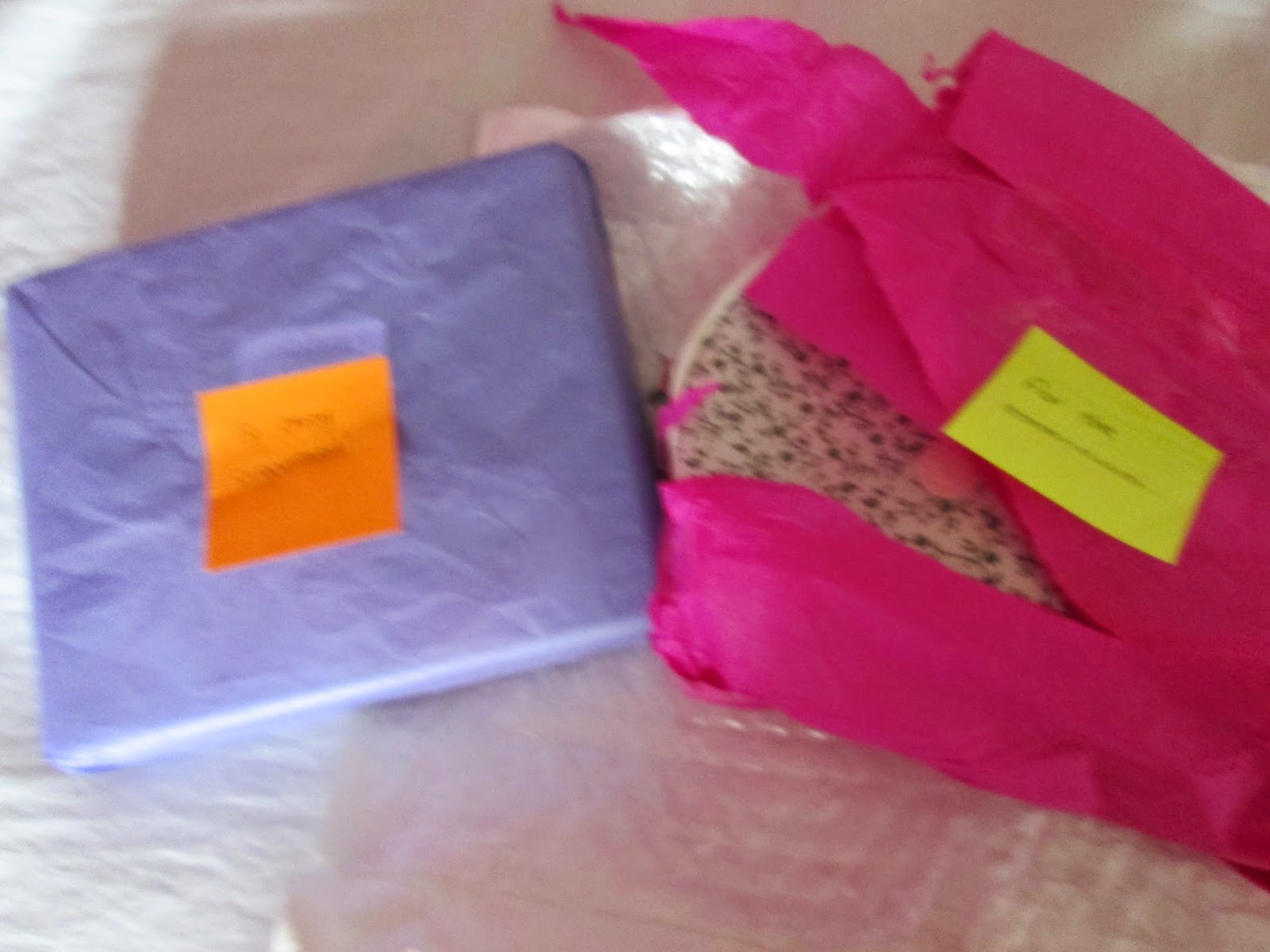 Onto what I received from Molly, I can't believe how cutely everything was packaged! she also had little post it notes on each the things, I'd be lying if i said I wasn't a little excited... 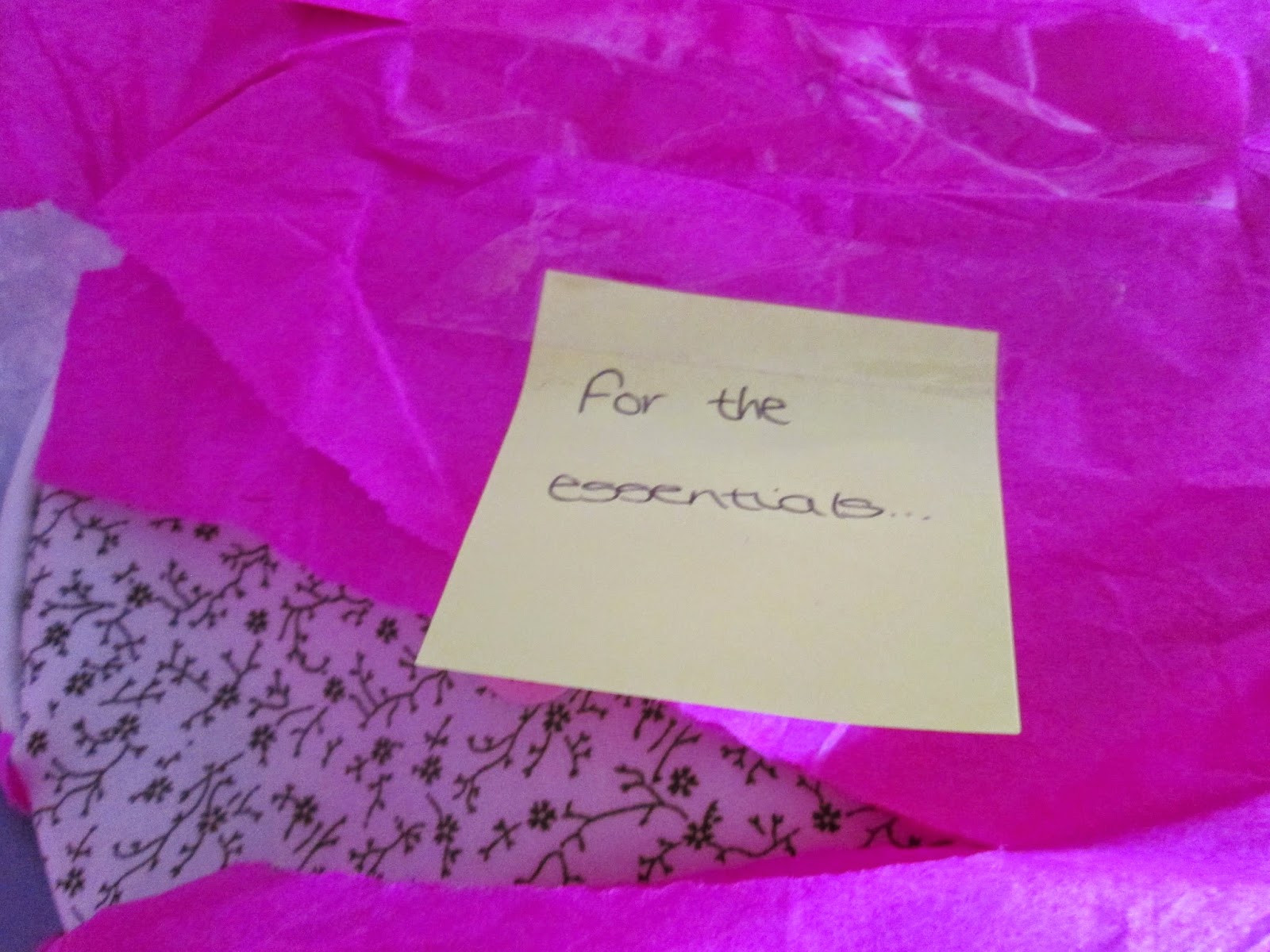 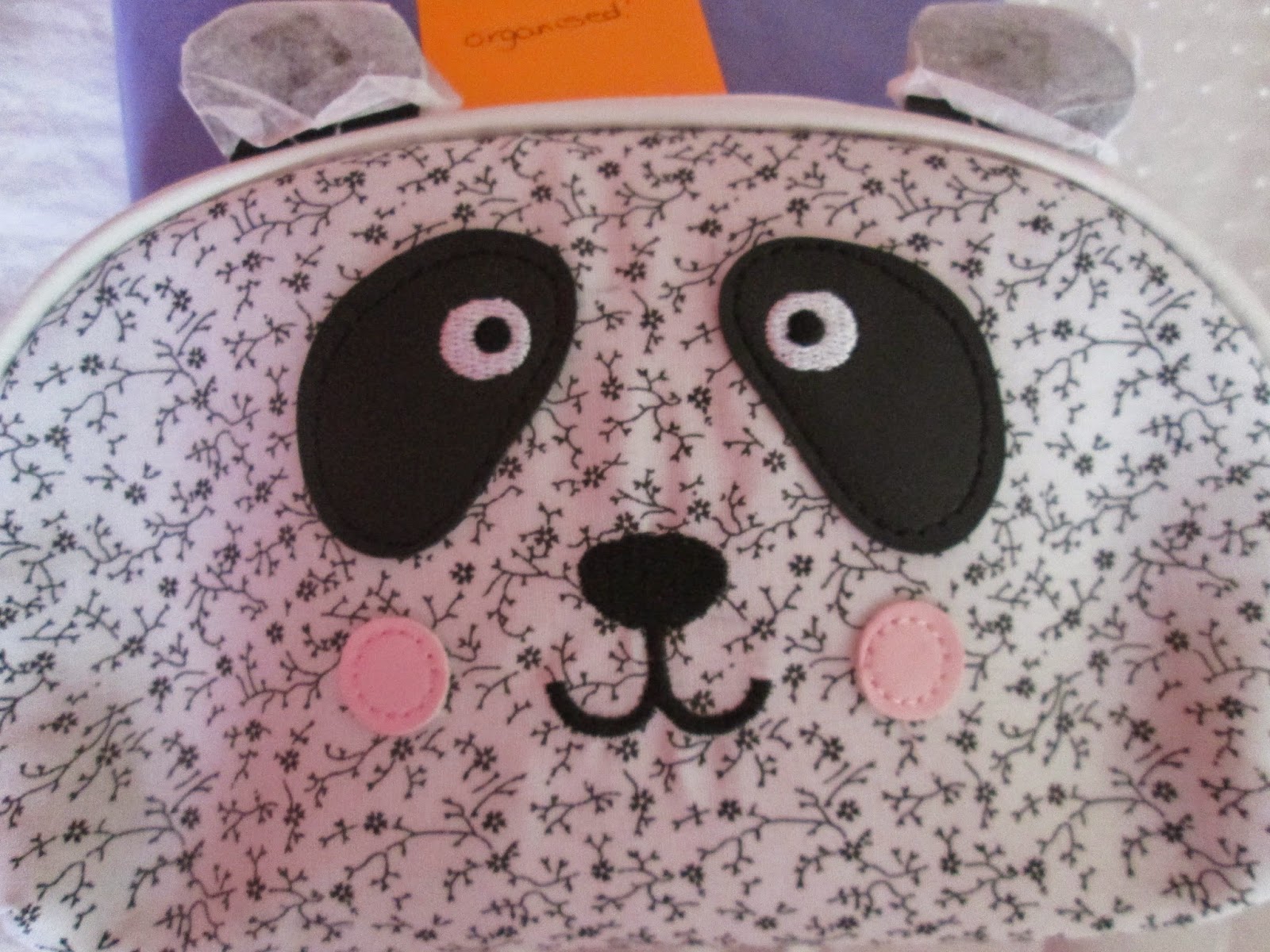 The first little parcel was this adorable little panda bag that I already know I'll be using for make-up or as a pencil case, The panda also had a little 'open me' note with two more little parcels inside! 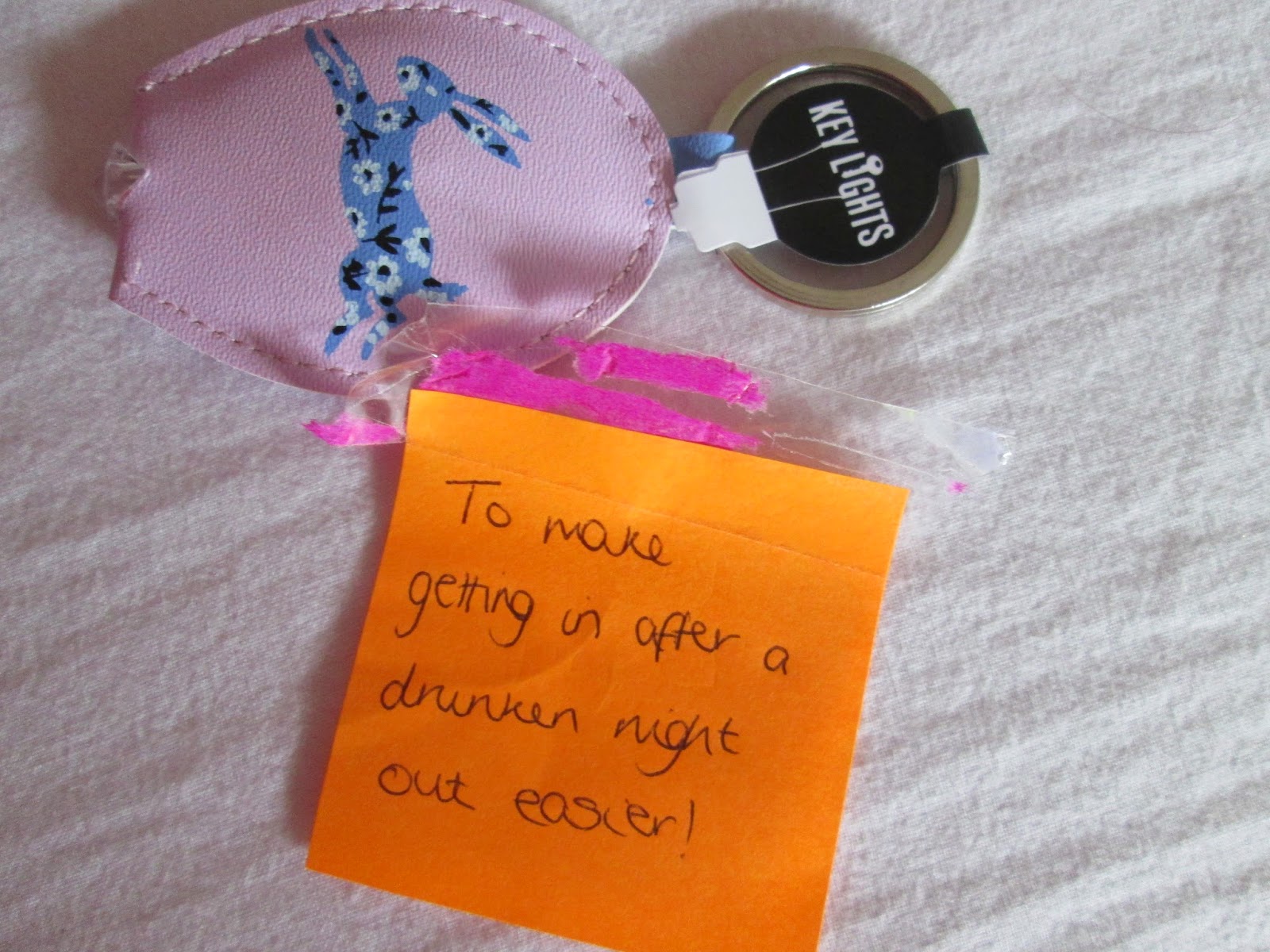 The first parcel held this cute little keyring light with a floral bunny on the front. I thought this was so practical and useful! Especially for the suggested reason! Freshers made a little easier. 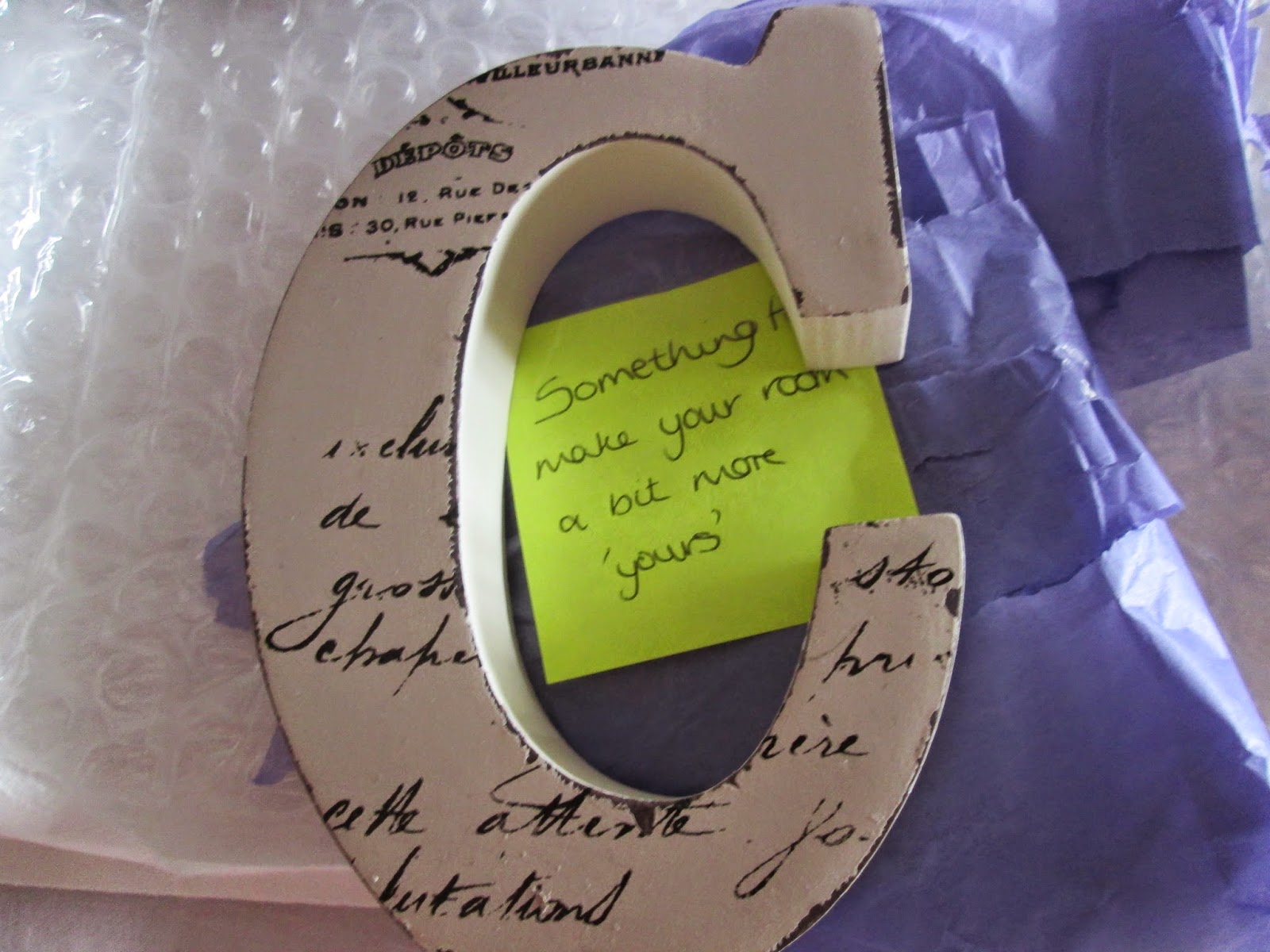 The second little thing I absolutely adore. When I read the little message I really had no idea what it could have been, I thought how wouls she know what would make the room more mine? I mean sure we chatted a little but that was it? But I couldn't have been happier with this, I'm such a home deco person and I know this little C will look great on my desk in my new room. 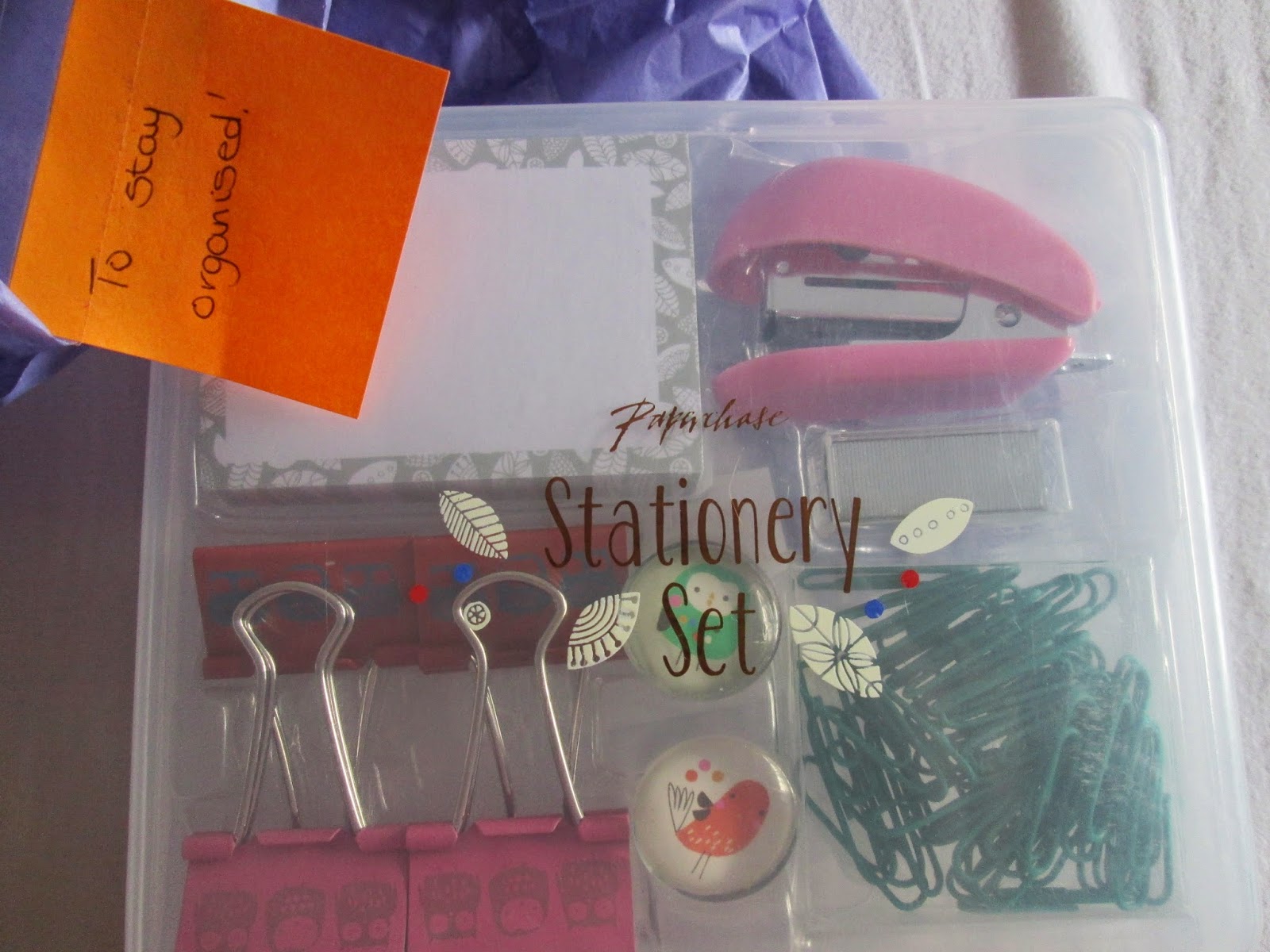 In the other big parcel labelled 'To stay organised' was this cool stationary set, I've actually been thinking how I wanted a few bits like these as I'm hoping my room has a board to put things up on like the notes, It's such a cool little set 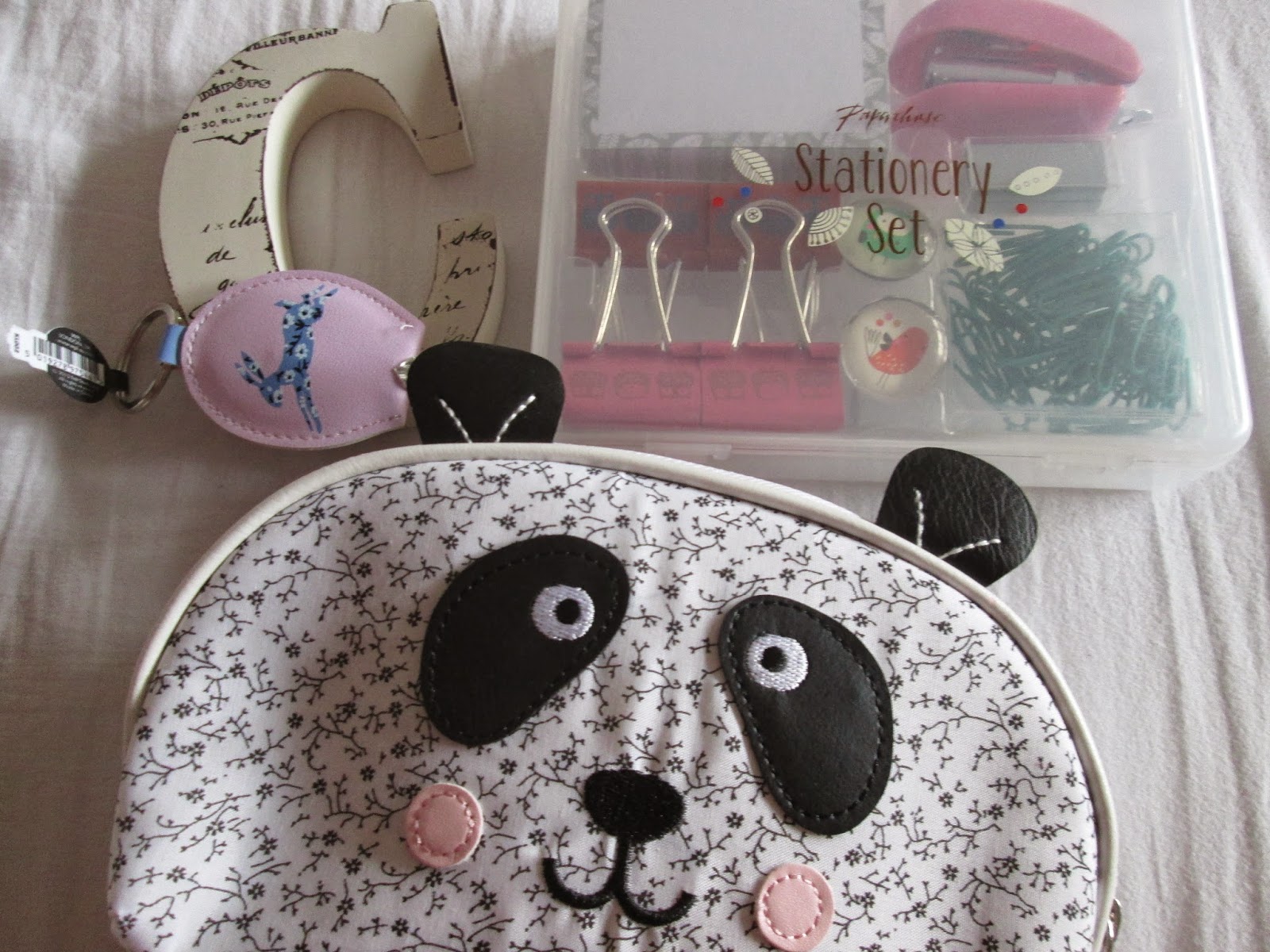 And that was everything! I'm so amazingly grateful for all the bits I got and as far as I know molly liked her box as well which made me quite happy. I Really loved doing a box swap and I'm so glad I got invited, I'd love to do more in the future!

Have you ever done a box swap?