Now although I have been finished with college for a few weeks now, I haven't really celebrated this release from education. Me and a few friends had planned a night in with films pizza and alcohol for a while and that finally happened this Saturday, it was an eventful day.

After meeting said friends in town we wandered in and out of shops, trying to hold ourselves back from spending all our money not on food and alcohol but instead on clothes and beauty products (and hair dye) although our will power wasn't all that strong as we did ended up picking up a few bits and pieces. I also found an angry birds perfume in boots that smelt like watermelons and I'm dying to go back and buy it.

Then came to the buying of alcohol, my genius friends forgot to bring their I.D leaving me to pay for it and carry it alone, and it was heavy, i thought the plastic tesco basket was going to break. And if that wasn't bad enough, judgement surrounded me with old people staring at me as if I was a raging good for nothing alcoholic teenager, but it gets worst. While packing away nearly free from this embarrassing lonely situation, SMASH goes two of my cider bottles, which had fallen out their bags of the till and all over the floor next to my feet. pretty much the whole of Tesco stared me down as I panicked, I'm sure the woman behind the till must have children as it felt like her mother mode had been switched on, she comforted me helping me move my things as cleaners got on the seen. I then noticed glass all in one of my shoes and had to pick out glass from my foot, nice right? this then caused the Till lady to notice the cuts the glass had caused and I got escorted to the side to sit down while more and more Tesco staff appeared out of no where and surrounded me. I'll be honest, I nearly had a panic attack and had a little cry over the whole thing, I hate causing problems and this incident has caused a big reaction, it was all a little much for me! My friends were unaware of the situation were waiting outside for me, my details were taken and a first aider was brought. Even people from the actual mall team showed up, it was oh so embarrassing. After a good half hour of my details being taken and my bleeding foot cleaned of glass and blood, I finally got out!

My friends comforted me of the situation and we got ourselves pizza for dinner before heading to mine, this is where things actually went well! 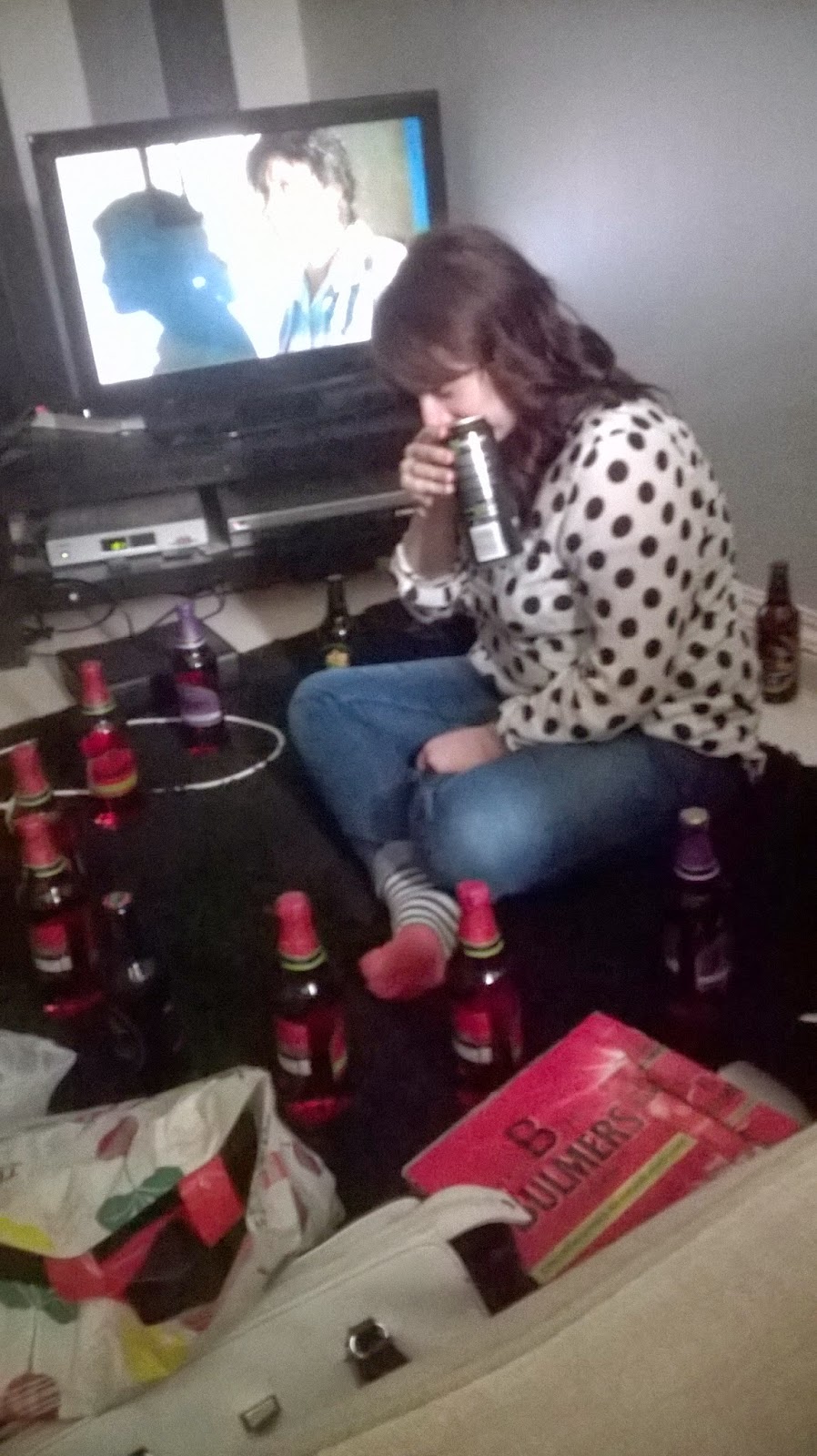 during the tattoost
Now I don't know about you but I never seem to have a successful 'movie night' It always end up with 1 film being watched before everyone gets distracted and games get played while youtube is surfed and general chat is had, which although is enjoyable, is not exactly a 'movie night' 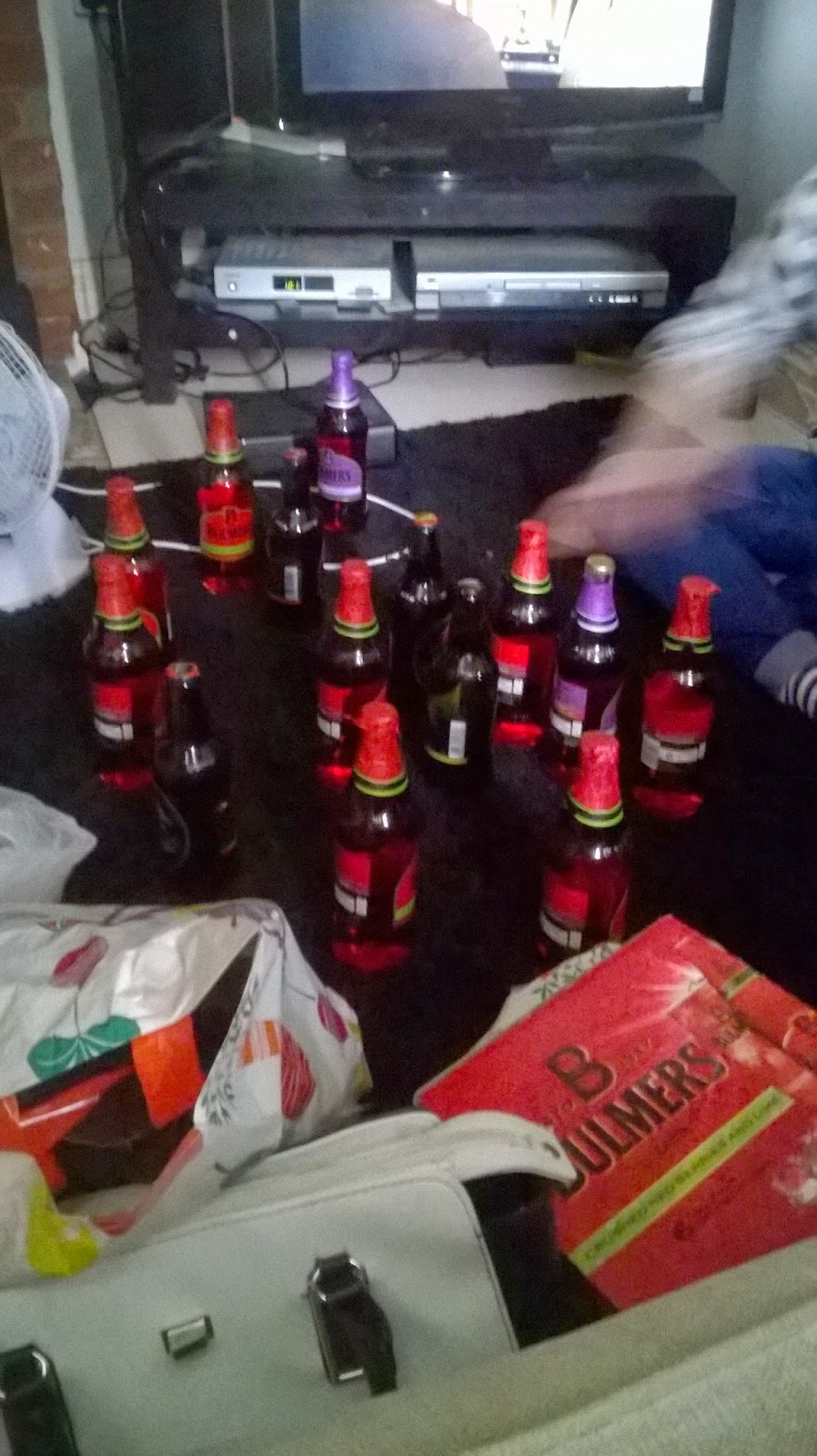 we had a lot of bulmers
This night however was different. With Netflix open we had already decided that horror films were the focus as we were the only set of friends that didn't shy at the thought of horror films.
We started off with 'The Tattooist' we watched this as a 'break in' movie as one of us had already seen it and said it was awful, which it kinda was, it was the sort of film that the concept could have had great potential but then the budget ran out, or so you'd think.
After we watched 'Fright night' on my recommendation, David tenant is amazing in this film and I generally think it's just a good well rounded horror with good humor as well.
Fright Night was followed by 'The possession, which was the first horror that none of us had seen and so was a bit more interesting, I quite liked this, it was a bit predictable, but most horrors are, but still had some good scares and an interesting ending.
Three films in and we were still going, I recommended another film which was not so much a horror but an absolutely brilliant film that is definitely over-rated, It's called 'Odd Thomas' Now if you haven't seen this, just go watch it. you will get so attached to the character and plot, it's engaging and just good.
We finished the night on a lighter note, which was well needed and watched 'A haunted house' This is a spoof film of paranormal activity and is so so so funny, weird but very funny. 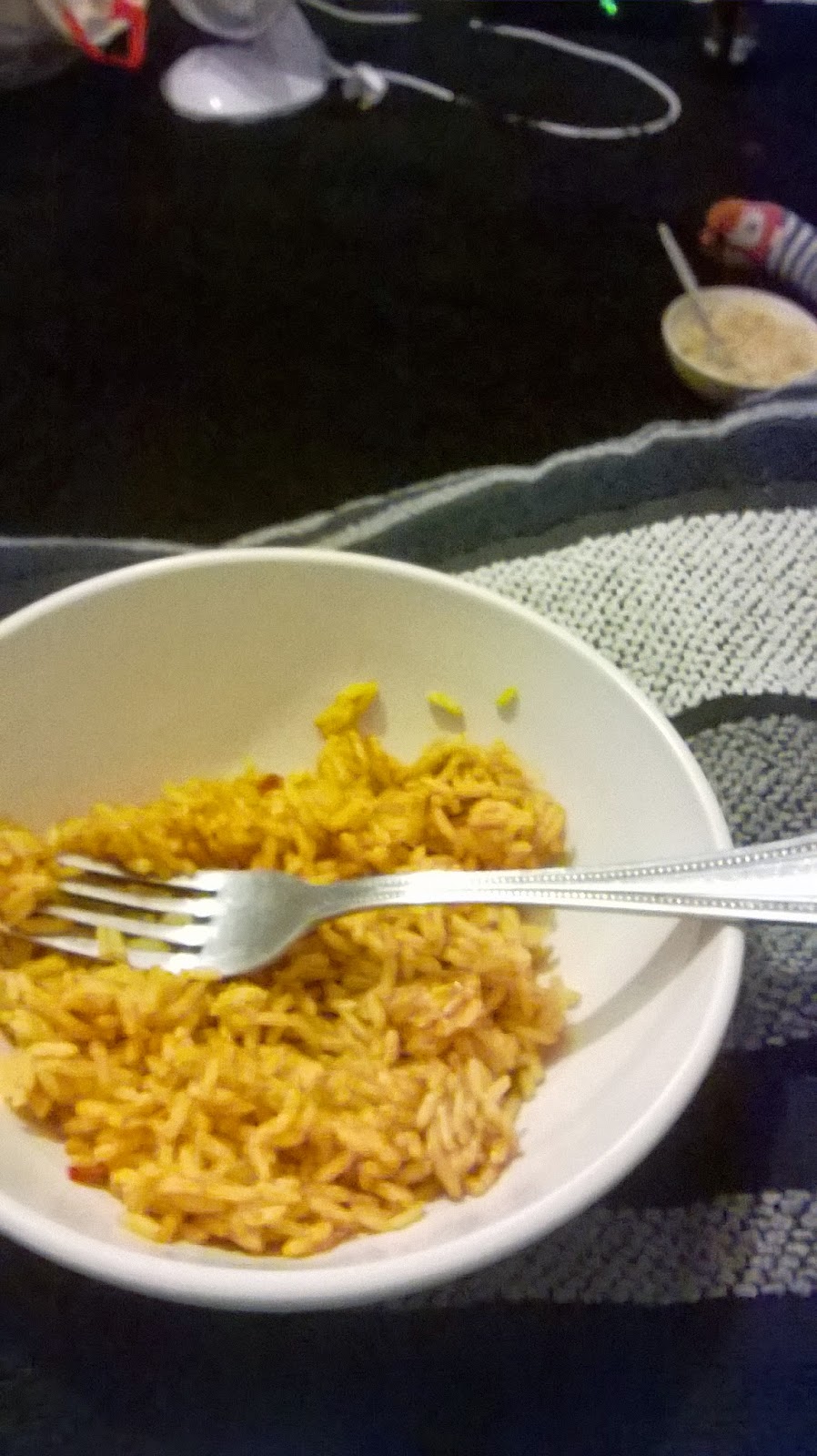 Casual rice at midnight
Now if that isn't a successful movie night I don't know what is. The morning after we also watched 'The princess and the frog' while we ate our coco pops, I was surprisingly happy with this one, I had wanted to watch it but I never got round to it, it was cute. I was addicted to Disney has a child and honestly I still enjoy it.

And that was it. My most successful yet embarrassing Movie night! I wasn't sure whether I would write a post like this but I enjoy writing lifestyle posts as well as reading them so why not.