Now I've already covered eye-shadows in this series but now it's time to discuss the products only second in my hearts to lipstick: Eye-liners and mascara! I love a good eyeliner and I barely ever leave the house/flat without a cat flick donning my eyelids. It's just totally my thaaang and I love it. As such a have a few options for when I wanna get experimental or change it up. 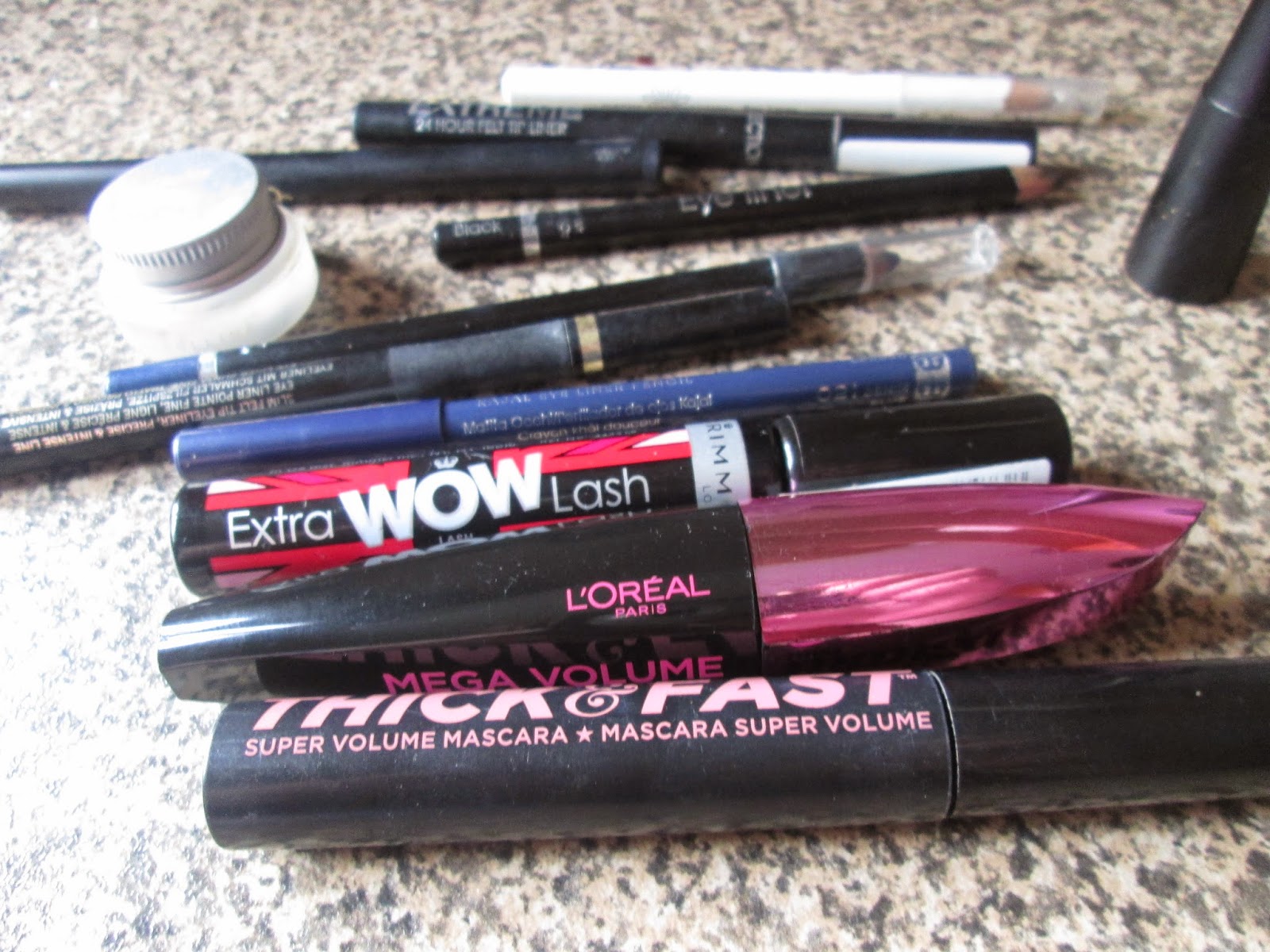 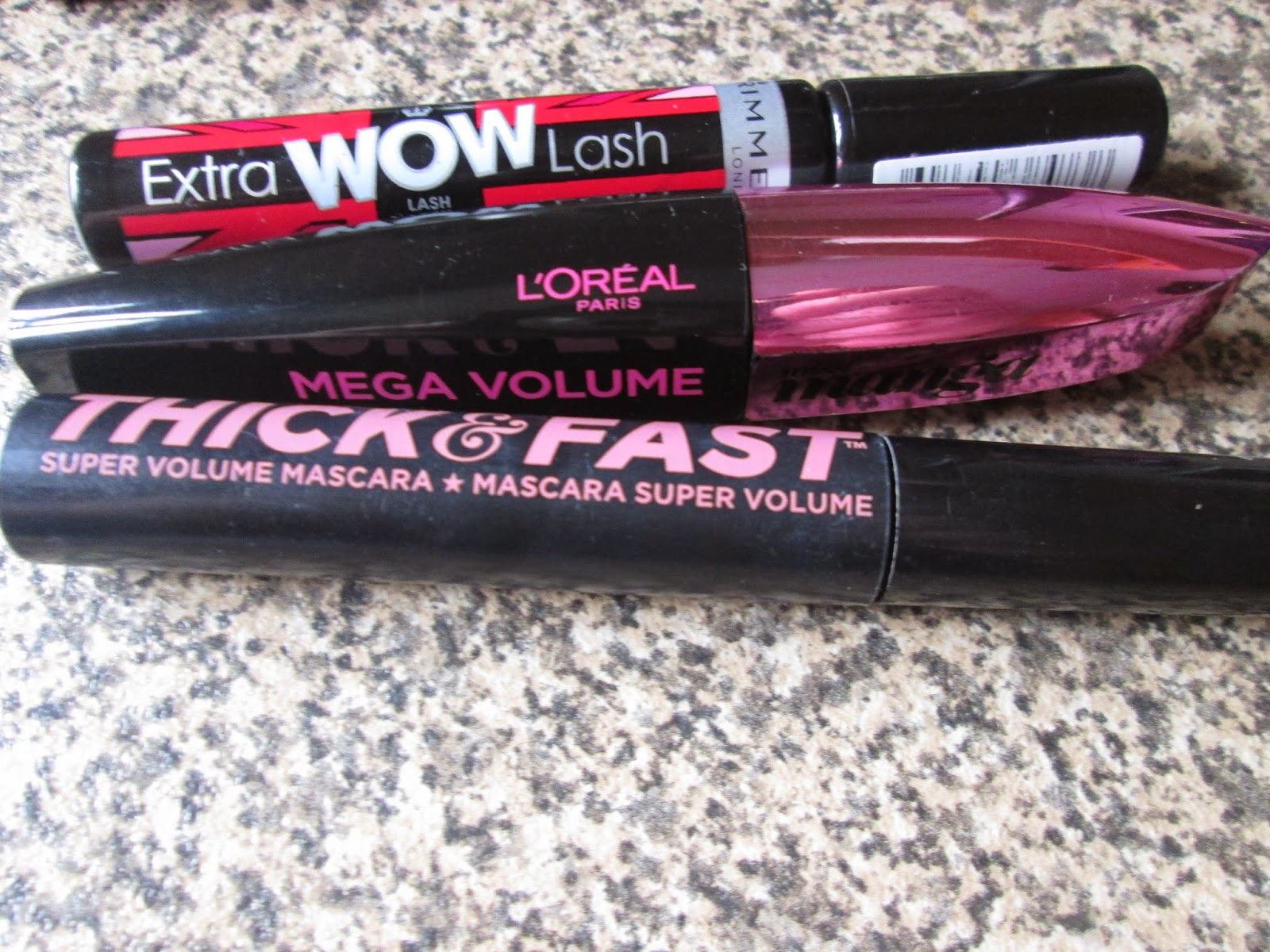 So Let's discuss the mascaras first. I currently only own three as I've chucked a few out because they dried out etc. The front one I have is the Soap and glory Thick and fast mascara and its probably the least used, It's not like it's a bad mascara, I actually quite like it, but it just doesn't do as good a job as the other two that I currently use and own, I do use it as an under layer quite often however with one of the other two over the top. The middle one is the Loreal Miss manga mascara which is probably my favourite, it's quite an odd bendy brush but it gives such volume and wow factor to your eyes, the name suits it well. Lastly is one from Rimmel which I actually got from my dad as he keeps an eye liner and mascara in his car for us daughters and decided to give me this one to replace another. It's the Wow extra lash mascara, and work really well, It gives volume and separates the lashes quite nicely 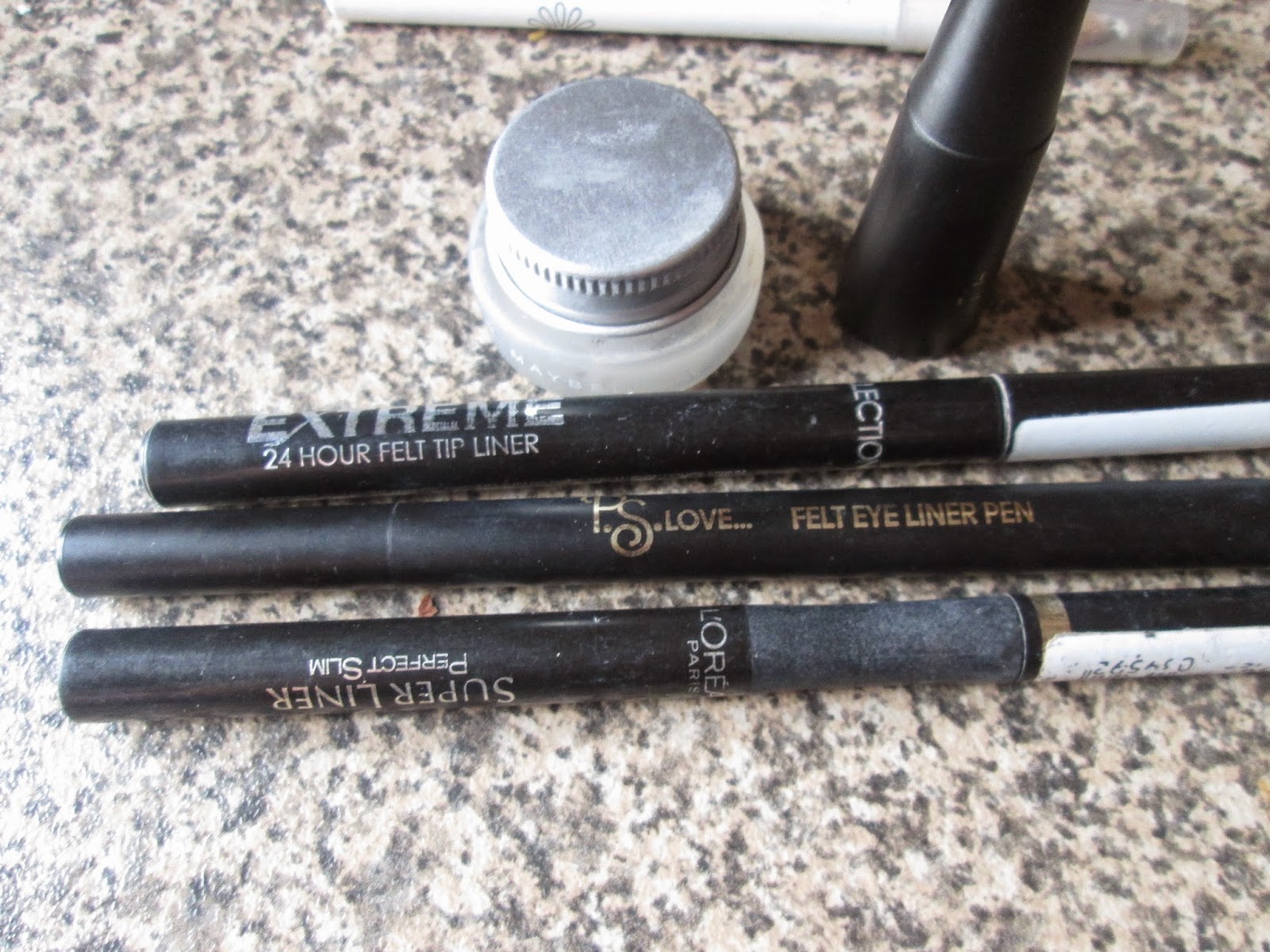 Now for my actual favourite the liquid liners. I have 2 liners from primark which is their pot liqud liner on the right corner and the pen liner in the middle, I've written about them before and previously not liked them but I most often reach for the pot liner for my everyday flick and it's actually been fine. The liner at the front is the loreal superliner which I've seen here and there in the blogging world and although a few months back it was my favourite it's fallen to the bottom of my list now, It's still good, but I find the others to be that little bit sharper and easier to work with. The last pen liner which is my faourite currently is the collection extreme 24 hour felt tip liner. it's just got such a true black colour when applying and the pen is so quick and easy to use and didn't bend out of shape like I found the loreal one to. 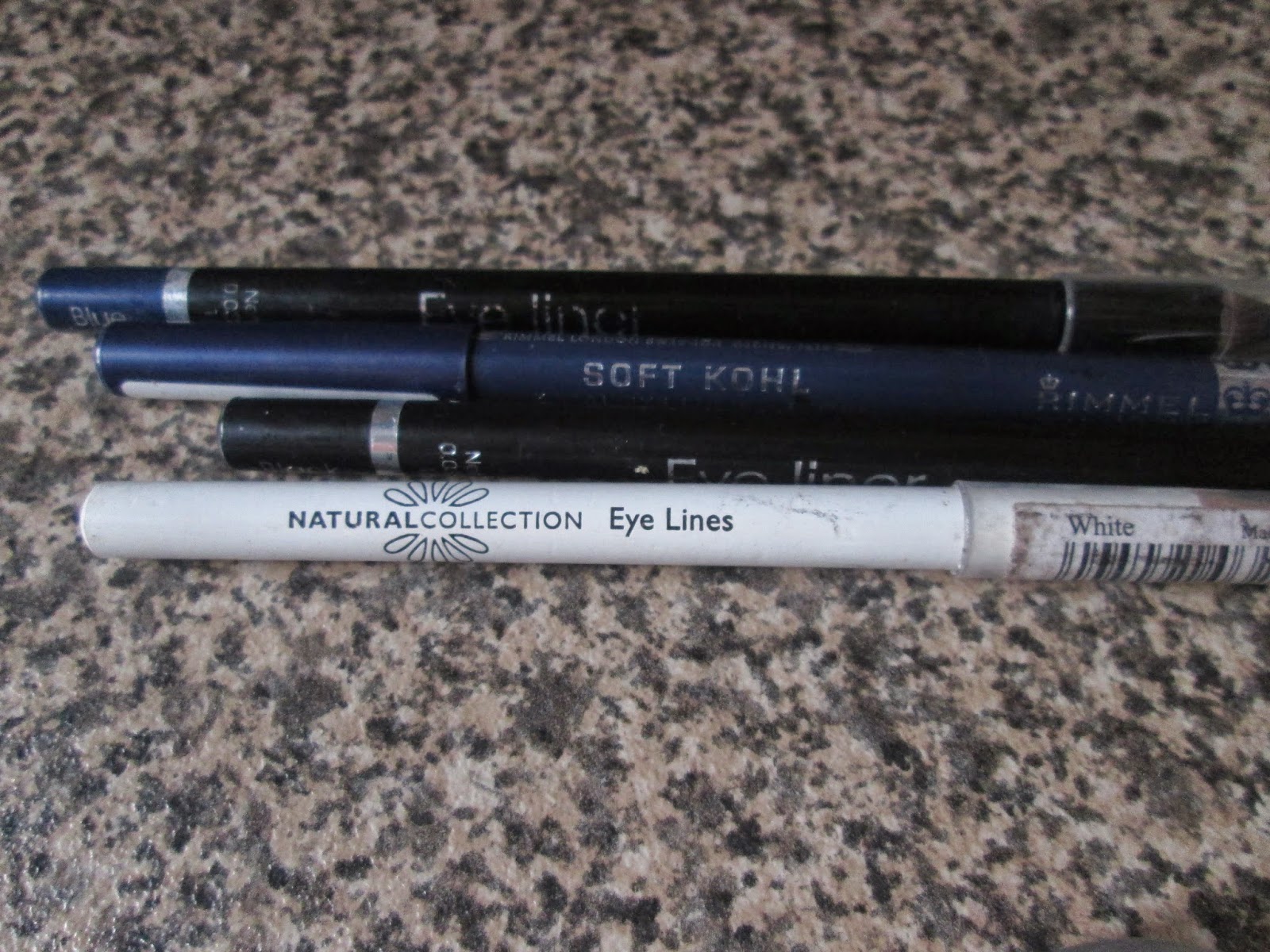 Last but not least is the pencils, which I most use for my under eye. The first one was a quick pick up I made from natural collection and is a simple white pencil which is great to brighten up the ees and look more awake. I find with eye pencils it's very hard to get it wrong, so in most cases I'm not all that fussed about brands. the second one is a basic black unbranded one that I received in a set along with the last blue one. The in between  is a soft kohl pencil from Rimmel which is a gorgeous shimmery blue colour that I like to use for a little pop of colour under the eye.

Not as big of a collection as I would like as eye liners are second only to lipsticks for me and I wish I had 10 times the amount that I do but one day, one day.
If any, what eye liners do you use? give me recommendations!
Let me know them down in the comments section below