Monthly Round up: February 2016

This year so far has been a bit of a whirlwind. It felt like it was a little slow the first week of January but so got going. February has definitely continued that trend, I think it's a mixture of the increased amount of work at uni in 2nd year as well as kinda waiting around for the holiday at the end of march and the foals gig at the end of feb. 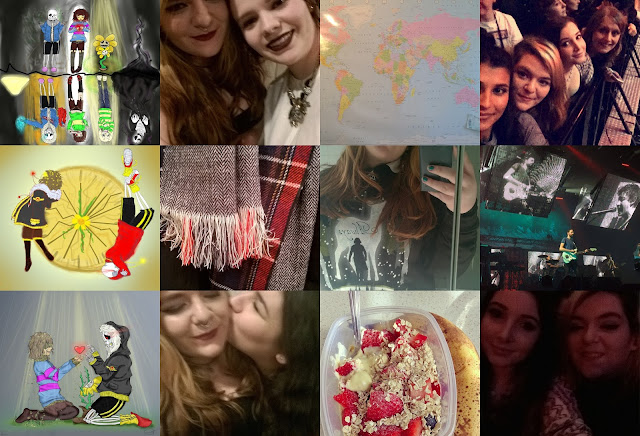 It'a been a pretty decent month, I had a really hectic last week due to my bank cards being swallowed by an ATM for no reason and then a passport loss scare ( which I was able to find thank god!) but those issues were resolved and I'm feeling pretty positive! I got a few art pieces done, all fanart of the Game Undertale, which wasn't planned but oh well. I got my first qwertee haul ( here) and got some awesome clothes and the end of feb I went to a gig which is always fun.
Now we are onwards and upwards to March, I already have paintballing planned as well as the weekend trip to Dublin as well which I am literally so excited for!

How was your February? and what plans do you have for March?

Let me know down in the comments!