Sometime last week, My lovely flatmate Becki was a babe and decided to make us dinner, She had been telling me about a Spanish meal she eats often when she was in Spain. I thought I would show you guys it, it's ridiculously simple and amazingly tasty, I already plan to cook it again myself. I also made some banging Hot dogs with homemade southern fried wedges and salad for our flat two days ago, but got too distracted and didn't photograph it! I'm gutted as I was well proud of them! 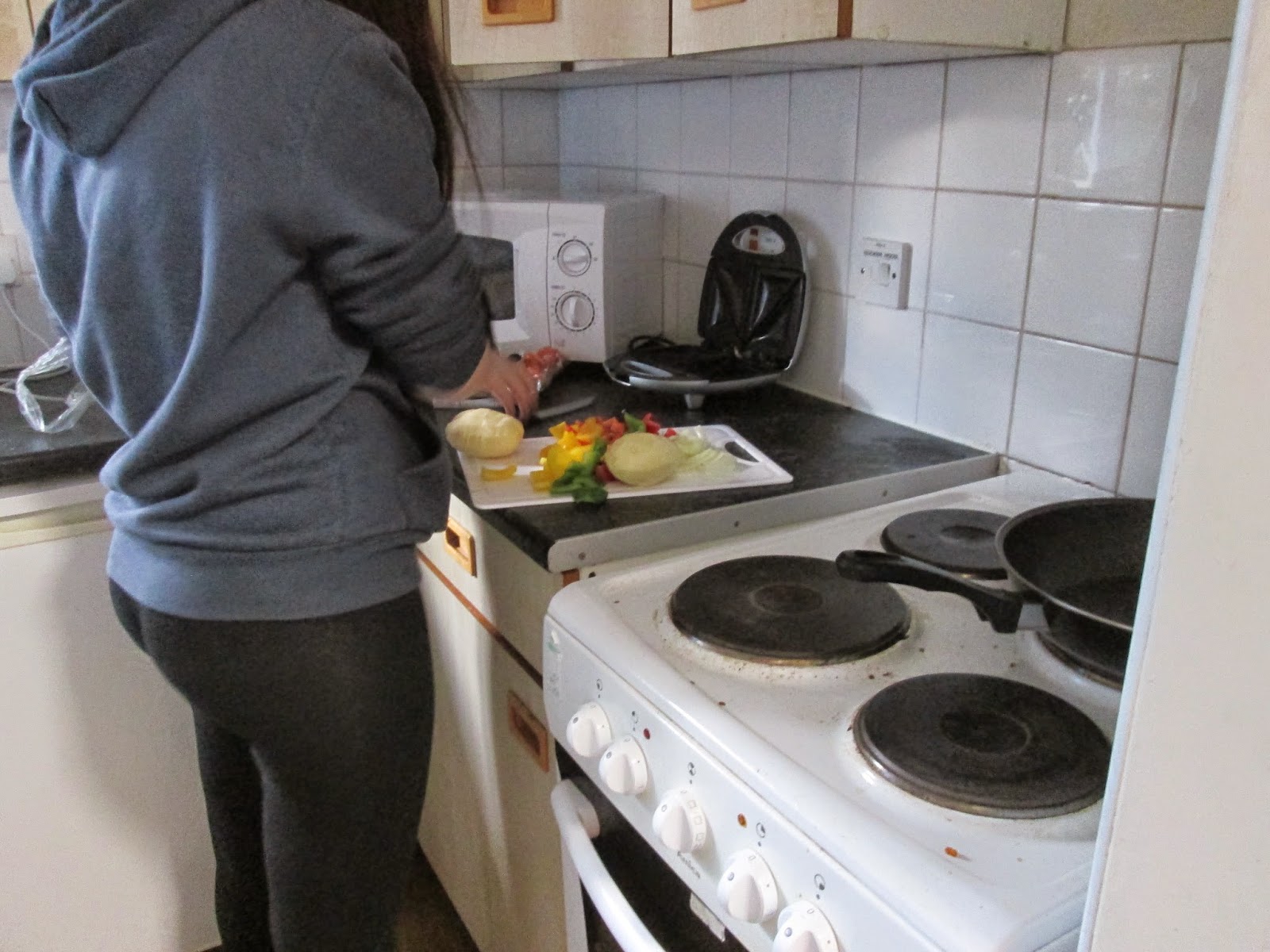 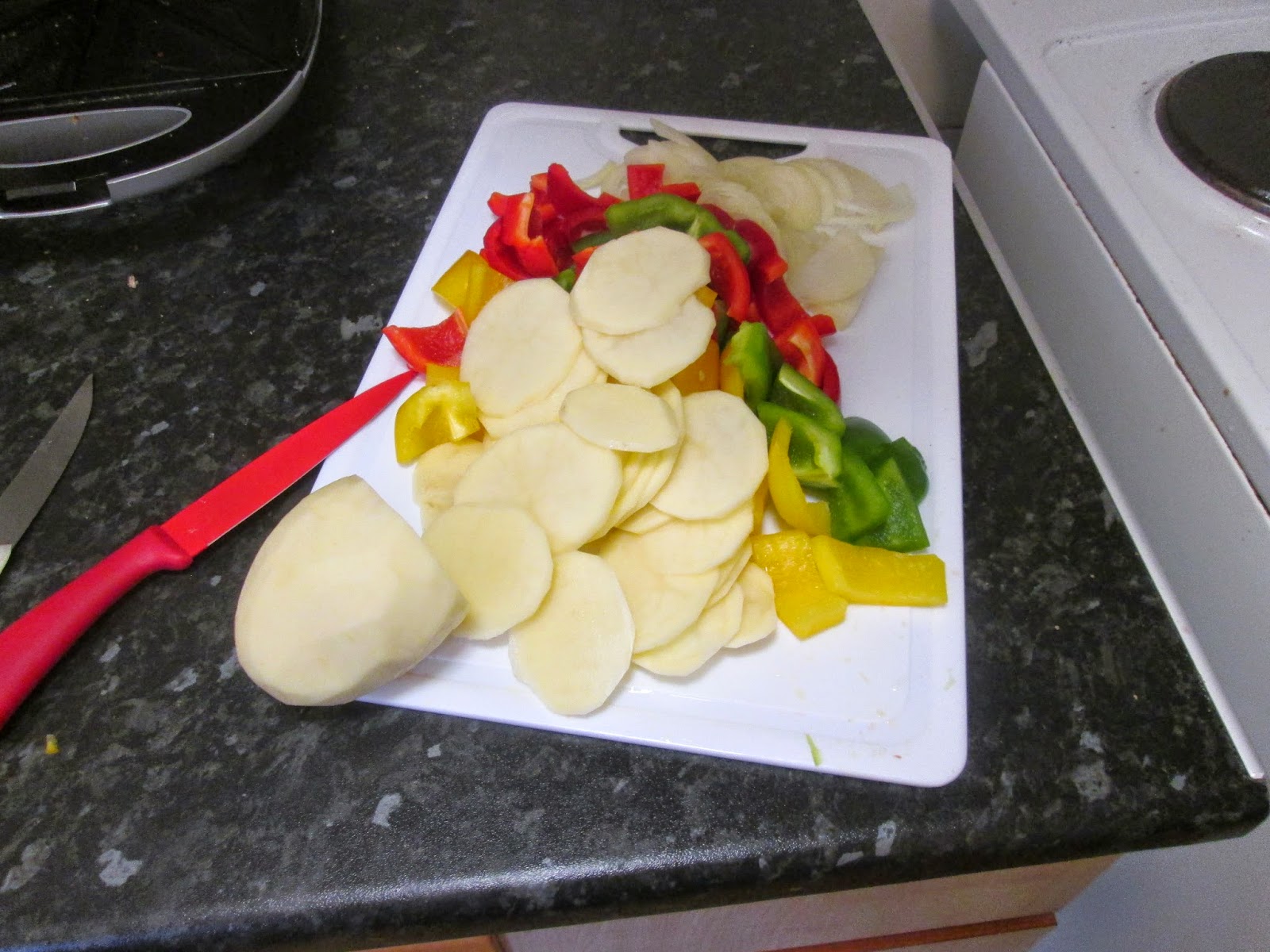 Becki started off by chopping up a whole load of mixed peppers and onions and then sliced some potatoes as well. She then heated up a pan with a small amount of olive oil before chucking the whole lot in. 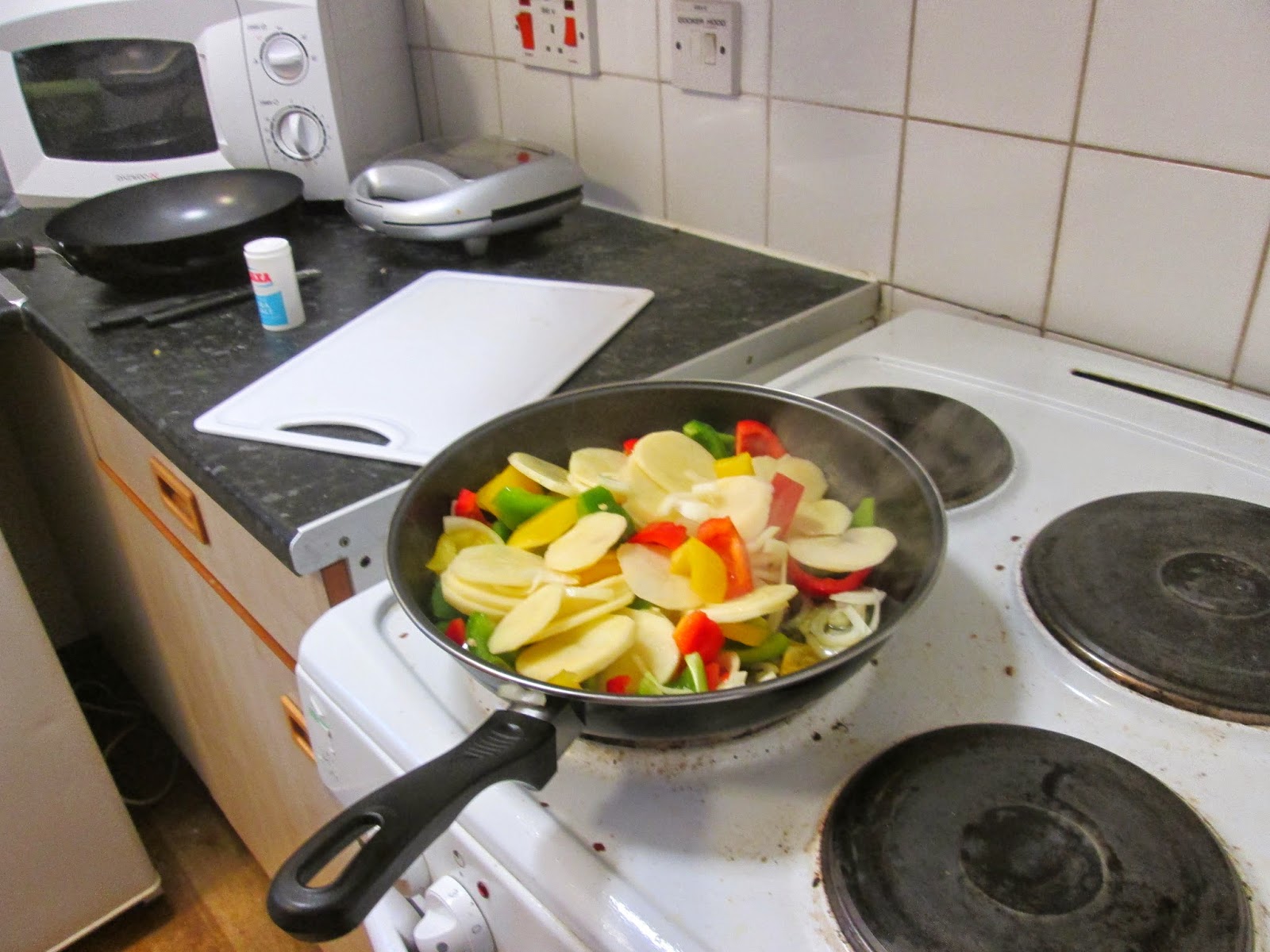 It was then a waiting game, she also used my wok pan to cover up the pan in order to help the cooking process 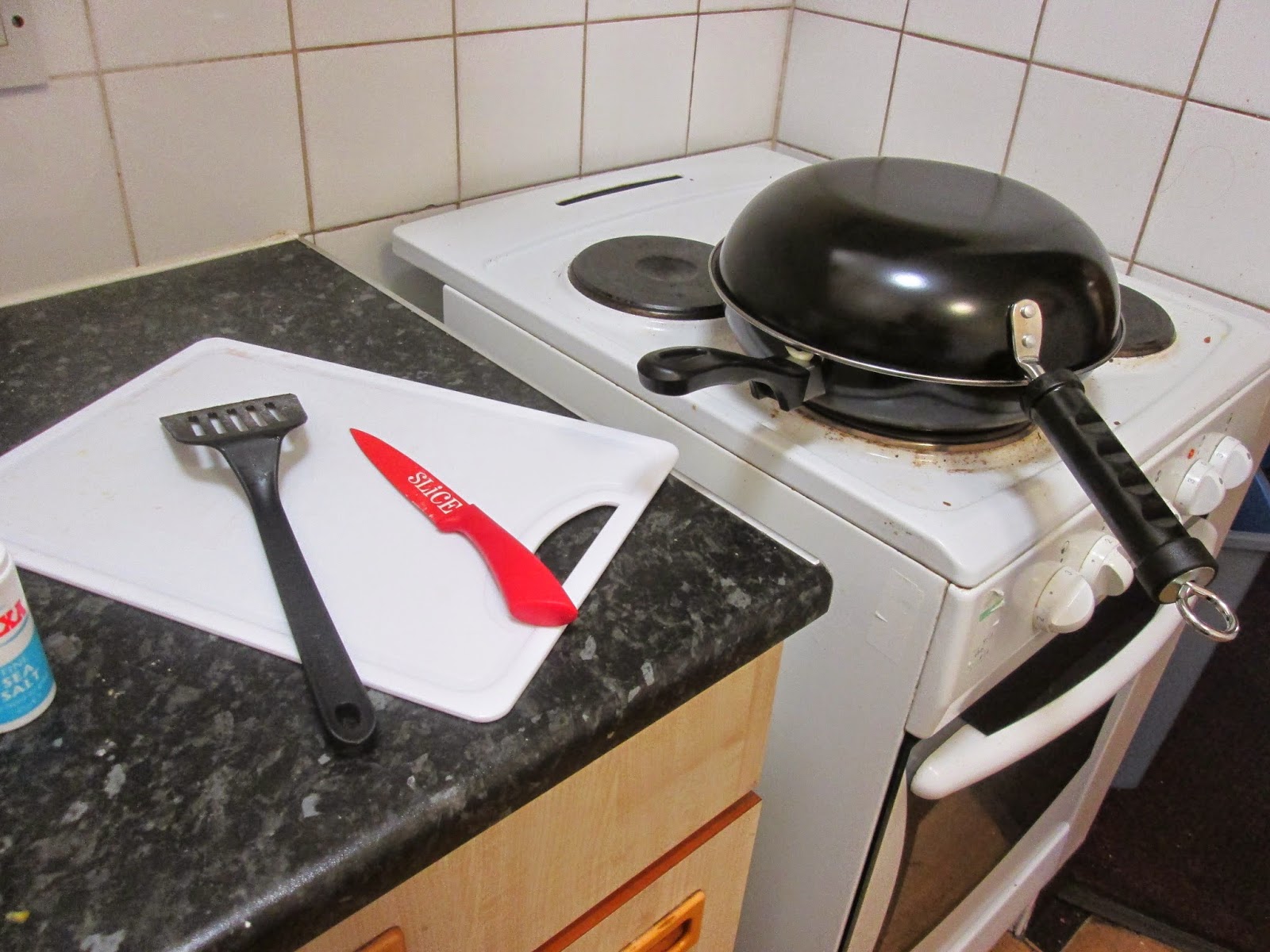 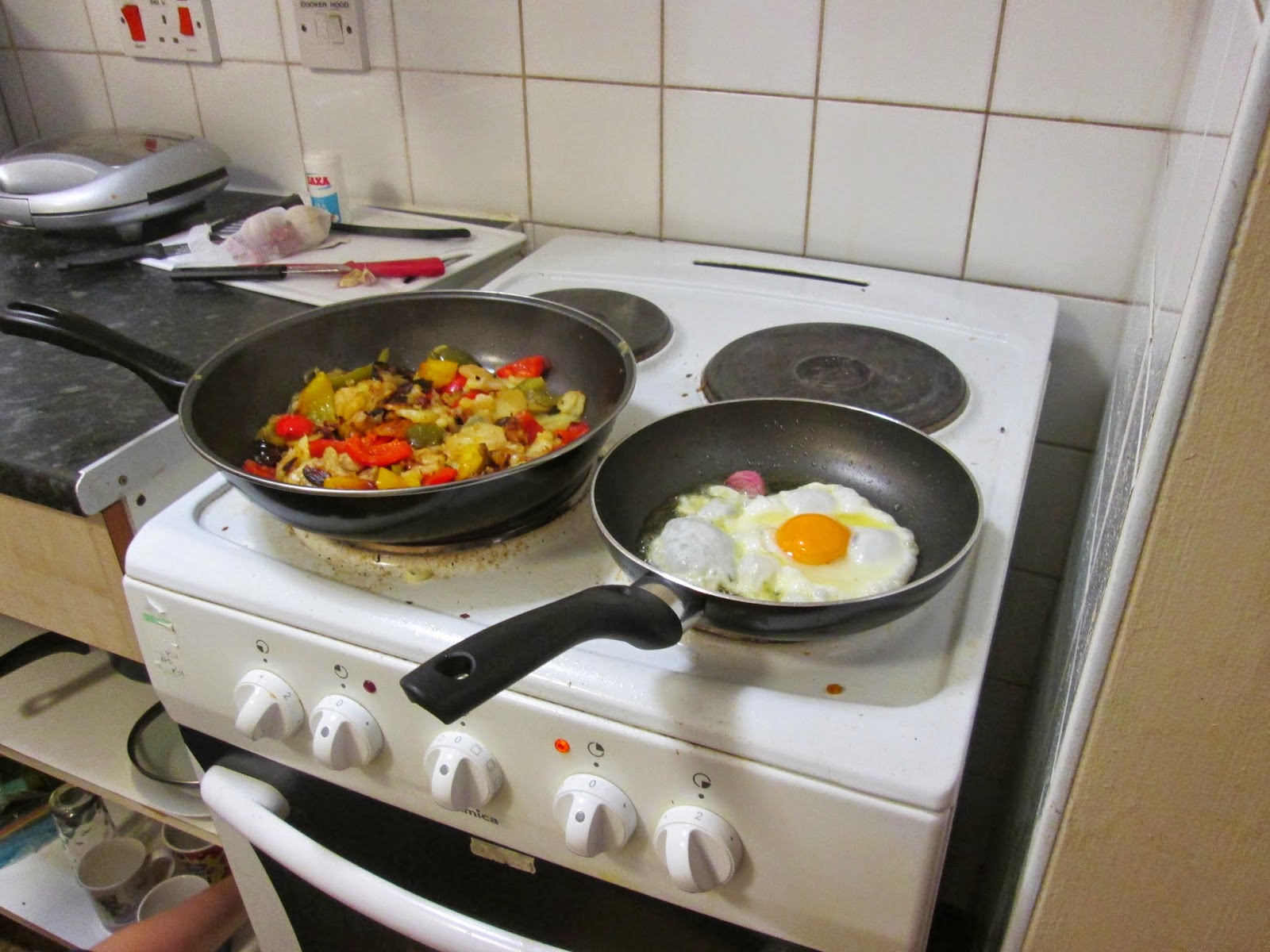 After the potato mixture was nearly done she added another pan to the hob and put a small amount of oil and garlic in the pan, once heated she cracked the first egg into the pan to fry. This process continued until we both had two eggs each and we got ourselves a slice of bread for egg dipping goodness. But this was the end result. As I said it was ridiculously simple but it was just something I had never tried, the different flavors tasted amazing together and It was nice not cooking as well! 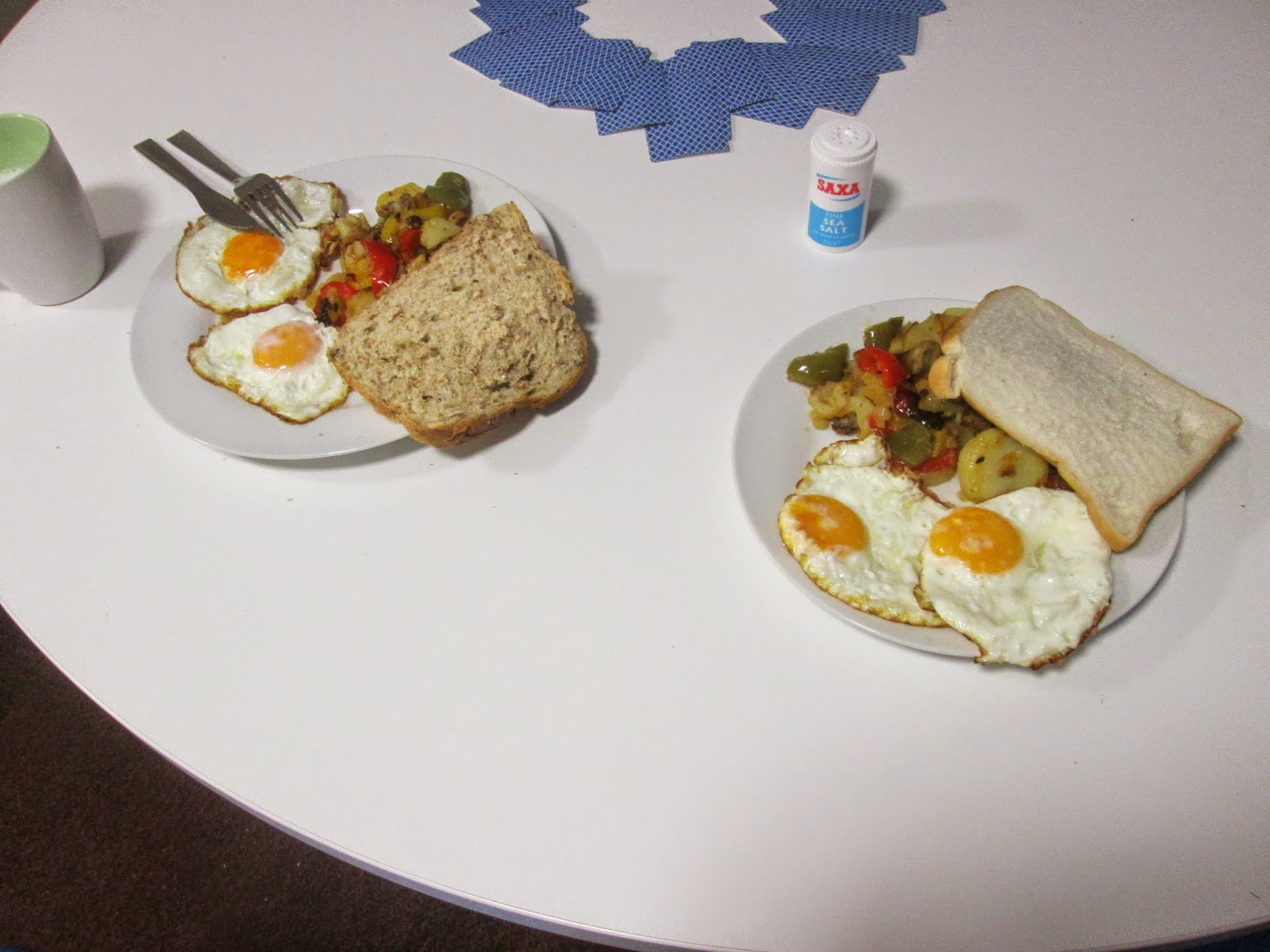 And that was that, I think random little cooking posts like this will probably become much more regular from now on as I'm cooking all my own meals and I'm having fun being a little bit more experimental and trying to make and cook new things!

Have you ever tried this? do you know if it has an actual name?