So hi...
I know I haven't posted in my planned at least once a week posts but I have been very busy and although I have a few posts backed up on word, I have found it hard to find the time to re-write them up for posting!
My excuse for this as well is that on the 15th august it was my birthday and I finally turned 18, oh official adulthood!
And as 18 is seen as a big thing is England (you can drink in bars etc, buy alcohol cigarettes and anything you want that's legal really!) I had lots of things planned from the Thursday of my birthday right through to the Sunday! So I have only just about fully recovered apart from my voice still sounding a little strange!!

I will be posting a little birthday haul video or blog of the presents I received as there is a lot of clothes and i bought myself some make-up! Also I still have been unable to sort recording out due to the lack of lighting I have but may go back to the webcam for smaller vlogs until I can sort that out!

SO What Happened on my birthday, WELL Lucky me! it was results day, so I was up nice and earlier at 6 and left my house at 7am! to head for college! 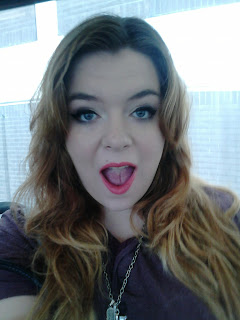 I did okay,
A in Business studies As
B in Sociology A2
D/E in Psychology As
Though I knew I could do miles better in Psychology it's something I can recover from!!
After that i spent time with friends around college before spending an hour with my best friend on his work break followed by a nice pub Breakfast/lunch!
Mum asked if I had wanted an alcoholic drink but I thought It was way too early and prefer something i can easily wash down when eating! So I had a hot chocolate topped with cream of course! 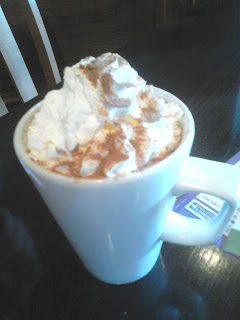 My Meal was called the Tennessee burger served with fries and salad, the burger was a beef burger with a barbecue sauce with salad bacon and onion rings, the meal also came with a side sauce of Jack Daniel's bbq honey which was sweet but delicious! My mum chose the lasagna which was also served with chips and salad, she said that it was also very tasty! I then spent the next few hours looking round town before heading home.
My mum had also made an amazing cake! 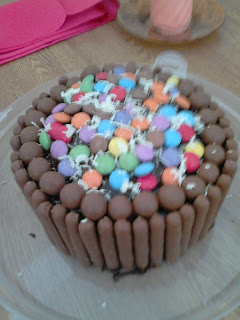 Then was the family time of opening presents before rushing to get ready, having a few pre-drinks and off out to hit the town! 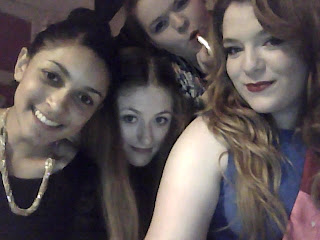 I had an amazing night out and didn't return till 3.30am. Crazy! 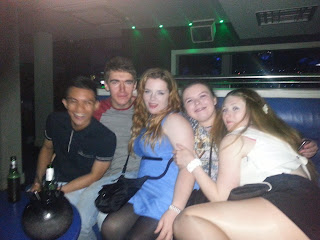 On the Friday I was able to have a small amount of relaxation time before once again going out but with the family! It was a much more peaceful night but just as enjoyable! It was also another late night as I stayed at mums didn't get there till 3 and did not go to sleep until 5-6am by this time I was running on nothing! 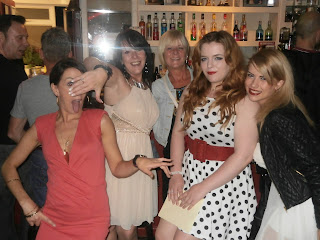 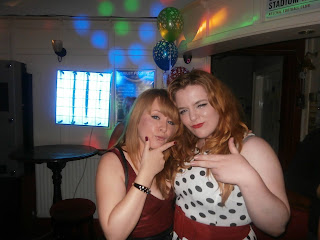 Don't my Sister Cherise and I look cool?

After all this celebrations I had work at 12.30 Saturday morning! I was surprising not hungover, just very much lacking sleep, though I was allowed to leave early, but then had the last outing of celebrations that night which was camping in the woods with a few friends, It was a lot of fun and was very very relaxing and chilled out as we didn't really drink!
Sunday FINALLY I got back home and was able to rest! My dad also made me a lovely roast dinner as a part of my birthday!

And Now I am no longer the little baby of the family! and As I have turned 18 the responsibilities have slowly  dawned on me! although I won't be going uni till next year It is now up to me to do everything myself! including financing myself, I still have family to rely on of course and friends but I know I am expected not to as an adult!!

I apologize for how long this post was! and if you have reached this point... WELL DONE!
somewhere in the next few posts will be my birthday haul! and I will try to have that up by Friday as from then on till 1st September I am away! so may not be able to post!!